Esther Meier is a native German speaker who moved to Wisconsin in 2017.  She is currently Montessori Assistant Teacher in Lake Geneva.  After enrolling her son in the German School of Madison for the last two years, she is joining our team as the Pre-K instructor for advanced German speakers as well as being an assisting in the 1st and 2nd grade Schwalben classroom.

Leighty Hanrahan is a junior at UW Madison majoring in German, International Studies and Political Science.  For her exceptional German Studies, she was awarded the Lisbeth Pisk Scholarship in 2018 as well as an Undergraduate Achievement Award for Excellence in German in 2017.  During a year in Germany (funded by the Congress-Bundestag Vocational Youth Exchange Scholarship) she interned as an editor for the Rheinpfalz Durkheimer Zeitung and for a Gemeinschaftskindergarten in Bad Durkheim.  She is excited to now teach our 1-2 graders, the Schwalben 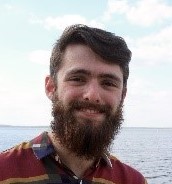 Aaron Greenberg taught as an assistant last year in grades 1-2 and joins us now as a lead teacher in grades 3-4, Falken.  Aaron is a junior majoring in German, Linguistics and Russian and serves at the secretary for the UW German club.  He has received multiple language awards allowing for his participation in an immersion program in Frankfurt, Germany in 2016.

Originally from Weissenfels, Germany, Fabia Ziegler has been living in Wisconsin for 14 years.  After working for many years in banking, she now works for LeMans Corporation in Janesville. Fabia has 2 bilingual daughters and has led classes at the Kindergarten and 3rd grade level in financial literacy at Washington Elementary.  The whole family enjoys traveling to Germany once or twice a year to visit family and friends. She looks forward to teaching out 5-6th grade Eulen class!

Our beginner Pre-K students are learning so much from Carina Christel, a native German speaker who recently moved to the US.  Carina has a background in speech pathology and is raising her own bilingual daughter as well!  We are grateful to have her time and energy to keep up with our youngest learners.

The German School of Madison is very pleased to announce that Dr. Michael Myers will join our teaching staff and be the teacher for our adult classes in the 2019-20 school year. Mike received his Ph.D. in German Literature and Culture from UW-Madison and  has lived and studied extensively in Freiburg, Dresden and Stuttgart. He has taught German on the college level for many years at Michigan State University, Bryan Mawr and Haverford Colleges, and Montana State University. In his free time as a retired college professor Michael enjoys traveling, bike riding, bird watching and is an avid reader of German literature, especially historical German crime novels.

Jo Drury (Schwalben/Swallows) has a B.S. in Education from the University of Wisconsin-Madison and is also certified in Wisconsin as a Teacher for German (grades 6-12). She has taught German at several middle schools in Wisconsin and currently teaches German at the Madison Waldorf School. She  also has extensive teaching experience through the Concordia Language Villages immersion program (Waldsee).  As someone who has lived and worked in multiple cities in Germany for over a decade she is very familiar with German culture and Germany as a workplace. This is her fifth year with our school.

Connor Fuglestad (Falken/Falcons), originally from Green Bay, is a student at UW-Madison, majoring in German and Economics. He spent one semester at the Universität Bonn and is a current officer of the German Club at UW. Connor is returning for a second year with the German School, after helping in classes last year and working with our 2018 Sommercamp!

Hayden Godfrey (Möwen/Seagulls) is a current graduate student with the Department of German, Nordic, and Slavic Studies at the University of Wisconsin, before which he served as an Instructor of Record for the Department of German Studies at the University of Arizona. There Hayden completed extensive pedagogical training with experience in teaching up to the equivalent of the fourth semester of undergraduate German coursework.  Hayden completed my undergraduate degree at the University of California, Berkeley in 2014, where he graduated with distinction in general scholarship in the fields of history, Germanic linguistics, and vocal performance. This is Hayden’s first year teaching at GSoM.

Delaney Jacobson (co-teacher for Falken/Falcons) is a German and anthropology major at the University of Wisconsin-Madison, as well as the president of UW’s German club. She has spent an extensive amount of time in Germany, including a semester spent studying at the Rheinische Friedrich-Wilhelms-Universität in Bonn, Germany. She has also been a Sommercamp counselor for our school since 2016. She is excited to be back for her third year with us!

Our Entchen/Ducklings teacher is Michelle Kästner, who trained as a preschool teacher in Germany before she moved to the US. She spent the academic year 2015-16 in Germany, connecting with her family and teaching P.E. at a German elementary school.  Her son also attends our school. This is her third year as a teacher for our school. 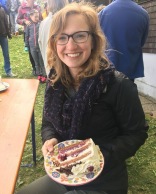 Kirsten Koehler (Eulen/Owls), originally from DeForest, Wisconsin, is in her fourth year at UW-Madison in the World Languages Education undergraduate program. Kirsten just recently came back to Madison after spending a year studying in Freiburg, Germany through the Academic Year in Freiburg (AYF) Program. This is Kirsten’s first year at our school! 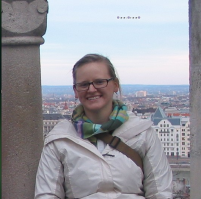 Mary Ellen Rutemeyer (Adult Classes) has an M.A. in German Studies from Ohio State University. She has taught German in the US and in Germany in many different environments, including to immigrants in Berlin. She is happy to return to her third year of teaching for us. Additionally, Mary Ellen is the school’s administrator.

If you are interested in joining our teaching team, please email us at germanschoolofmadison@gmail.com. We are always looking for substitute teachers.

© German School of Madison, 2020, unless stated otherwise. Unauthorized use and/or duplication of this material, including pictures, without written permission from this blog’s owner or the copyright holder is strictly prohibited. Excerpts and links may be used, provided that full and clear credit is given to GermanSchoolofMadison.org with appropriate and specific direction to the original content.